Efficient development of advanced nuclear-powered ships is hardly possible without comprehensive testing of nuclear plant prototypes in land-based facilities. Carrying out prototype experiments prior to putting a nuclear propulsion plant into full-scale production has been a world practice. The purpose of ship reactor testing is to try out plant installation technologies, check and optimize operation conditions on a real-time basis, and run plant decommissioning and disposal. Plant systems and equipment safety issues are also addressed in tests.

On July 17, the State Atomic Energy Committee issued an order for “Construction of Naval Reactor Test Station as an affiliate branch of Kurchatov Institute”. 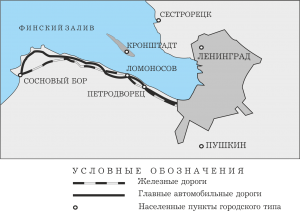 In summer 1961, the governmental commission headed by the academician A.P. Alexandrov arrived in Leningrad region to choose the construction site for a State Test Station. The choice fell on the town of Sosnovy Bor located at the Gulf of Finland coast.

The construction and development of the State Test Station started in September.

The construction of the most buildings and facilities was finished in 1966. This year was considered as a year when a construction project turned into the Research and Industrial Center of Atomic Energy, a future-oriented platform for overall testing of nuclear naval propulsion plants.

On March 4, the State Test Station was given a new name - Research Institute of Technology (NITI) - affiliate branch of Kurchatov Institute. 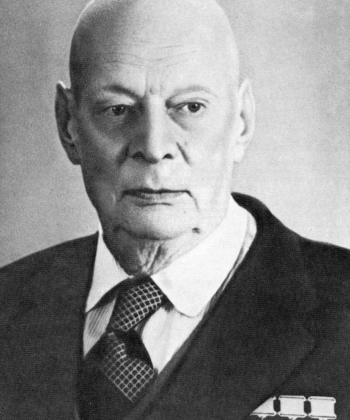 As NITI was directly subordinated to the Kurchatov Institute until 1979, the academician A.P. Alexandrov as the Director of the Kurchatov Institute was actually the head of NITI. All orders concerning the appointments, creation of new science or production departments, financial and other key issues of NITI’s activities were signed by A.P. Alexandrov.

The State Test Station (later NITI) owes its foundation primarily to the academician A.P. Alexandrov, who invested a lot of efforts into the establishment of a scientific and engineering center of naval atomic energy in Russia.

The first test facility VAU-6c began its life in NITI in 1971. The facility was designed as an auxiliary power plant for a diesel submarine to enhance its endurance. Due to implementation of breakthrough engineering solutions the VAU-6c was unique for that time. 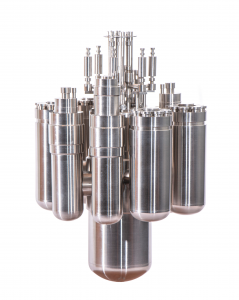 The second test facility, KV-1, was put in operation in 1975 for testing OK-650 steam-generating plant.

The next test facility, KM-1, a prototype of a liquid metal reactor plant, was put in service in 1978.

On July 25, NITI stopped being a subsidiary to Kurchatov Institute and was given the status of an independent business. 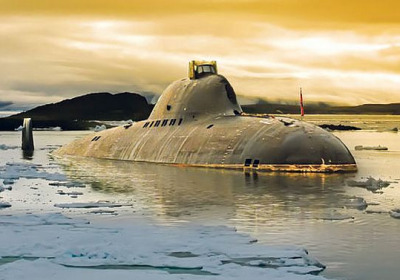 The KM-1 experiments were finished in 1986. The unique results were obtained concerning the methods for maintenance of a required liquid metal amount, the life characteristics of nuclear power installation (hereinafter referred to as NPI) process equipment and reactor core, the overhaul schedule, and the NPI control under different operating conditions.

The VAU-6s experiments were finished in March, 1988.

They provided further insight into the processes occurring in a small-sized NPI with a boiling water reactor and coolant natural circulation and allowed development of requirements to NPI control systems and justification of the VAU-6 safety assurance recommendations. 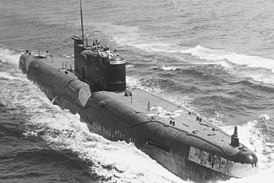 The tests confirmed a high operating reliability, survivability, and safety of NPI, which made it possible to recommend it as an independent power supply source for diesel-electric submarines.

The operation of diesel-electric submarines further demonstrated that they could stay submerged for a long period of time and made it possible to unrestrictedly increase their operation radius and minimize the frequency of surfacing. 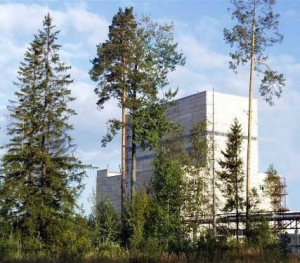 On September 17, by the order of the RF Government the North-West Research and Industrial Center of Atomic Energy was started up on NITI base. The Center consisted of a new-generation power unit VVER-640, a large-scale test facility, and a severe-accident test facility. 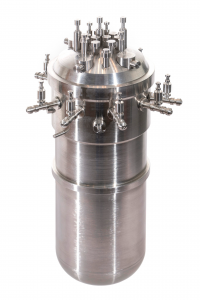 The experimental facility, KV-2, was commissioned in 1996 and has been used to test an integral steam-generating propulsion plant with natural coolant circulation.

On October 2, by the resolution of the Governor of the Leningrad region No. 140-pg NITI was renamed as Alexandrov Research Institute of Technology (Alexandrov NITI) in honor of academician A. Alexandrov, the actual founder of the Institute.. 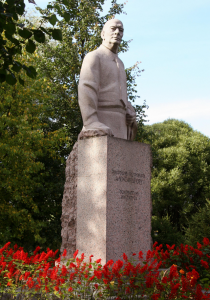 The monument to the academician A. Alexandrov, the founder of NITI, was erected on NITI territory. The sculptor is A. Charkin. 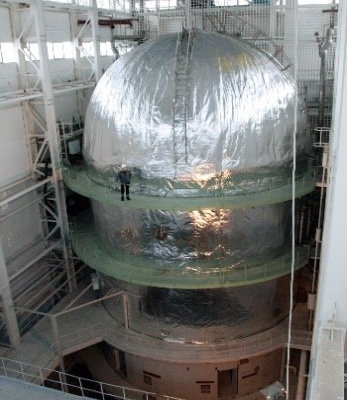 In 2001, VVER NPP containment model was successfully installed and tested in the KMS test facility building. 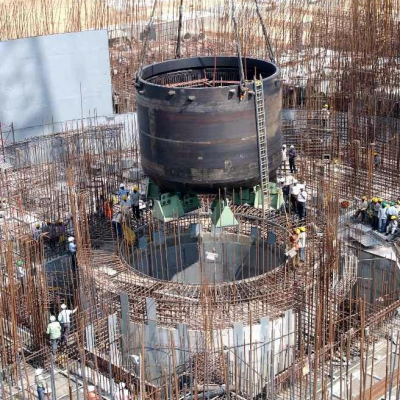 A crucible-type core catcher developed by NITI was implemented in the Tianwan NPP design (China) for the first time in the world’s practice.

The experiments allowed testing the propulsion plant, optimizing the applied engineering and design solutions and laying the groundwork for further use of such type of NPI in naval nuclear power industry.

The engineering solutions used during KV-2 experiments were implemented into the design of the RITM-200 reactor developed for a new-generation atomic icebreaker and other nuclear propulsion plants. 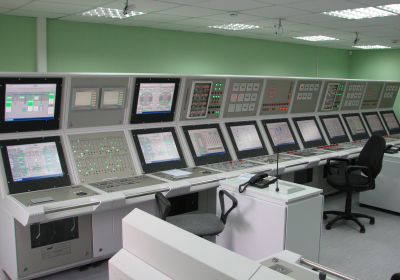 By the Order of the President of the Russian Federation No. 467 Alexandrov NITI gained the status of a federal nuclear organization, which confirms the importance of the tasks accomplished by the institute with the purpose of national defense capability assurance and nuclear power development. 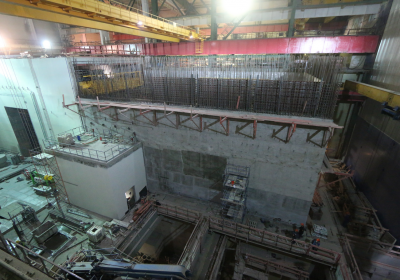 The construction was started of shielded boxes intended for post-irradiation examination of the components of different nuclear facilities. 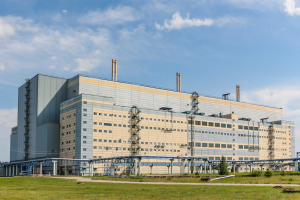 In the building for land-based testing of NPIs the construction was started of the RESURS experiment facility intended to test a space nuclear power installation. 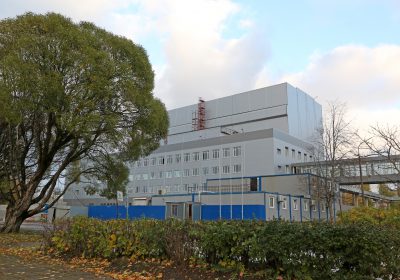 Decommissioning of the KM-1 test facility was followed by reconstruction of the building that would house the prototypes of advanced nuclear propulsion plants. 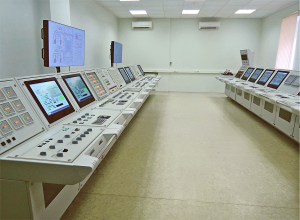 The commissioning trials of a full-scale prototype test facility and a functional simulator intended to train and retrain the operating personnel of the central control room of the Project 22220 nuclear icebreaker were completed. 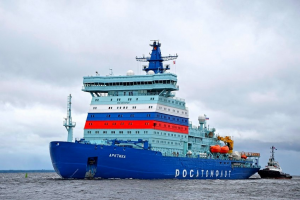 As the full-scale prototype test facility and the functional simulator were put into commission long before the icebreaker was constructed, they were used by FSUE Atomflot both to train personnel and to validate the design solutions for the propulsion plant, its control system, and human-system interface. 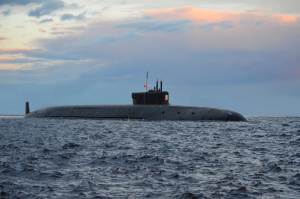 The KV-1 experiment and research activities were completed, and the work on NPI preparation for decommissioning was started.

Within 43 years a tremendous work volume was done to test the components of advanced nuclear propulsion plants and try out the engineering solutions implemented during the development of steam-generating plant equipment and systems.